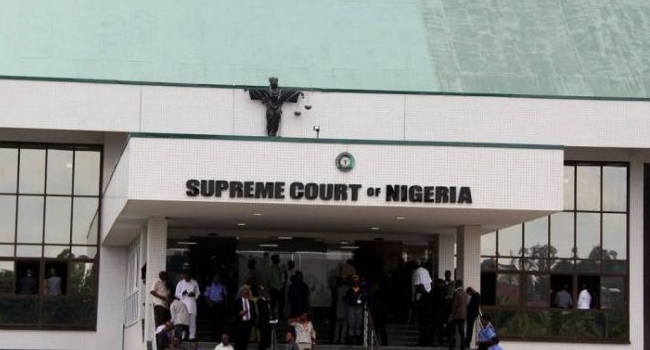 Education is the silver bullet that solves problems and a key that opens doors. Education is how we ensure that our young people can participate fully in the 21st-century knowledge economy. Education allows a child born in Nigeria, to dream beyond their station, and to compete with peers everywhere in the world.

– Femi Gbajabiamila, Speaker of the House of Representatives

What is a ‘Constitution’?

According to Professor Benjamin Nwabueze, a constitution can be described as a formal document (enforced by law) by which a society organises a government for itself, where its powers are clearly defined and limited and the relations of its various organs with citizens are prescribed. Simply put, it is a ‘legal document from which every institution in the country gets its validity.’ (Lawpadi, 2020)

The importance of a country’s constitution cannot be over-emphasized. (Attoh, N. et al., 2014)

A country’s constitution is its foundation, containing the fundamental rights extended to its citizens and is considered ‘supreme.’ As such, any law that is inconsistent with what is enshrined within a Constitution is considered ‘null, void and of no effect.’ (Lawpadi, 2020)

So it goes without saying, that it is sort of a big deal and Nigeria’s constitutional history is most definitely worth examining and understanding.

Why is this relevant?

At this point, you might be feeling that this is a ‘cool story’ and may have even dozed off a little. (If you’re still here, shout outs to you!) However, there are several reasons why we must consider Nigeria’s constitutional history as a vital aspect of our re-imagination of a new Nigeria. They are as follows:

when will our reflection show, who we are inside?

Federal character is at variance with the nation’s realities as it limits national opportunities to geographical location alone without consideration for gender, persons living with disabilities and age classification (amongst other considerations)

As a country’s most supreme document, it almost goes without saying that the people who make up the country should be well represented within it – no? However, a key limitation of the Nigerian constitution has been the fact that it has always been written by men, for men – ‘as if only men exist in the country.’ As such, the constitution fails to safeguard and guarantee the economic, social and cultural rights of the Nigerian woman.

That Constitution never originated from the people

As Professor Benjamin Nwabueze rightly stated, ‘a constitution is (only) an act of the people if it is made by them.’ (1982) As seen from the historical timeline, Nigeria’s constitutions have been a hodgepodge of documents enacted by imperial powers succeeded by military powers. Previous constitutional processes in their entirety allowed ‘little or no debate, with no consultation with ordinary people and no referendum on the draft constitution before it was decreed or passed into law.’ This approach ‘inevitably led to imposed or authoritarian constitutions.’ (Attoh, N. et al, 2014)

The 1999 Constitution has been called out for being the ‘most arbitrary’ of them all due to the fact that no constitutional conferences were held to produce it but rather the last of Nigeria’s military head of state, General Abdulsalami Abubakar instructed a committee which he had hand-picked himself to write the constitution. Therefore, it is said that it tells a lie within the preamble  when it claims that ‘we the people of the Federal Republic of Nigeria…do hereby make, enact and give to ourselves the following constitution.’

As such, our constitutional history is stained with impositions by authorities that have dangled carrots to the people at various points without ever seeking to truly include them in the enactment process. For ‘we the people’ to be proclaimed with one’s chest, it is therefore necessary for a constitution to be conceived by ‘we the people’, be thoroughly debated and discussed by representatives of ‘we the people’ (who are democratically elected through universal suffrage and secret ballot), be taken back for approval or disapproval by ‘we the people’. (Ige, B., 1995)

the definition of insanity….

Imagine being known as the country that holds the world record for the highest turnover of national constitutions? Imagine having 9 constitutions enacted in only 21 years of democracy?

This is really embarrasing.

It’s important we understand what we’re lobbying for when we speak of a ‘new Nigeria.’ A constitutional amendment should most definitely be high on the list in my opinion. The 1999 Constitution is said to be incapable of giving us the country of our dreams, with amendment being inevitable in order to progress somewhere. It’s said that the current constitution is simply another fruit of a poisonous tree, with this tree being the military.

I hope you’ve learnt as much as I have and stick with us on ‘Let’s Be Patriotic’ as we voyage from the past to the present to learn more about what our constitution actually says and the impact of this through a chapter by chapter analysis/breakdown over the next few weeks.

2 thoughts on “A Short History of the Nigerian Constitution”